Home
Health News
How Safe Are the mRNA COVID-19 Vaccines? We Asked the Experts.

With COVID-19 rates spiking in November, and talks of more shutdowns happening in December, the world is impatiently waiting for a safe and effective COVID-19 vaccine.

Since the beginning of the virus, researchers have been working on developing a vaccine, but May 15, 2020 marked the beginning of Operation Warp Speed (OWS)—our nation’s ambitious attempt to “deliver 300 million doses of safe and effective vaccine by 1 January 2021.” A process that normally takes 73 months from vaccine development to distribution has been reduced to 14 months.

Two promising vaccine candidates in the OWS pipeline, one from Pfizer and the other from Moderna, utilize a novel mRNA approach. Both of these vaccines have reported results greater than 90% effective at preventing COVID infection. “I suspect this will change the future of vaccine development,” says Drew Weissman, M.D., Ph.D., Professor of Medicine at the University of Pennsylvania’s Perelman School of Medicine.

While these vaccines show great promise, there’s still some concern about their long-term safety. These vaccines are being developed faster than any vaccine before. So, can we trust them, and should we be the first in line when they becomes available to us?

Here’s what to know about the developing mRNA COVID-19 vaccines.

What does mRNA even mean?

“Inside each of our cells, we contain millions of transcripts called messenger RNA, otherwise known as mRNA,” explains geneticist Franklin Huang, M.D., Ph.D., Assistant Professor of Medicine at the University of California, San Francisco. “These transcripts teach our cells how to make proteins for our body, such as components of our hair or skin.”

mRNA is like the paper instructions used to assemble your IKEA furniture, and your assembled furniture is the actual protein. As we all know, there’s no way you have a chance of building any furniture without those instructions.

How do mRNA vaccines work?

Vaccines typically work by putting a harmless or inactivated germ inside of our body to mimic a real infection. This “fake” infection then trains our immune system to recognize and attack the germ with antibodies; thereby protecting us against future attacks.

mRNA vaccines, on the other hand, take a unique approach to mimic infection. “The mRNA vaccine instructs our cells to assemble a harmless viral protein. These viral proteins train our immune system to recognize the virus and make antibodies against it,” Huang explains.

That’s how an mRNA vaccine is able to mimic an infection and train our immune system without ever introducing a single virus to our bodies.

How were these mRNA vaccines developed so quickly?

In short, they weren’t, which is somewhat comforting. mRNA vaccines have been in development for decades for infectious diseases like flu and Zika as well as cancer. In the past decade, there have been over twenty human clinical trials completed using mRNA vaccines. In recent years, mRNA vaccines have gained favor due to their ability to scale over traditional vaccine methods.

“The single biggest advantage that the mRNA approach has is its flexibility,” explains Richard Webby, Ph.D., Director of the World Health Organization’s Collaborating Center for Influenza at St Jude Children’s Research Hospital. While traditional vaccines require a personalized, energy-intensive approach for each vaccine, mRNA vaccines have a streamlined process adaptable to any microbe, making it well suited to rapidly respond to emerging pandemics, Webby says.

Why did they not work for anything before this, but now they’re effective for COVID?

mRNA vaccines were found to be effective in numerous human trials for infectious disease and cancer prior to the start of the pandemic. In addition to learning how to mass produce billions of these vaccines, the biggest obstacle to widespread adoption had been the “intrinsic instability of mRNA molecules, and the ability to deliver mRNA to inside our cells where they work,” Webby says.

But once we learned how to tweak mRNA to address those concerns, it was only a matter of uncovering the perfect antibody target to combat the virus. In this case, the antibody target is designed to attack coronavirus’s greatest weapon—its special “spike protein” it uses to clandestinely enter and hijack our cells.

If they’ve never been widely used before, how do we know they’re safe?

“The vaccines have now been given to about 70,000 patients, who have been observed closely for more than two months without any evidence of serious, long-lasting side effects,” says Robert Wachter, M.D., Professor and Chair of the Department of Medicine at the University of California, San Francisco. However, Wachter cautions, “That doesn’t mean that it’s impossible that a very rare side effect will emerge later. It does mean that the likelihood of this is getting close to zero, while the benefits of the vaccines are very clear.”

Also, there’s question of what happens to the mRNA once it enters our cells. Weissman explains that the mRNA is rapidly degraded by enzymes in our body after it does its job. While there have been talk circulating that mRNA can integrate itself into your genetic makeup and turn you into a cyborg, Weissman clarifies, “I never say anything is impossible, but mRNA cannot integrate into chromosomal DNA.” In simpler terms, once the mRNA vaccine does its job, it’s broken down and not seen again.

Are there side effects from an mRNA vaccine?

“Although the mRNA vaccines have been deemed safe by experts, side effects of any therapeutic are always a concern and to be expected. Transparency is key,” asserts David Glenn Weismiller, M.D., ScM, FAAFP, Professor at the University of Nevada, Las Vegas School of Medicine. Moderna’s phase I study of 45 individuals found that up to 80% of the subjects reported chills or fatigue, and 57% reported fever.

“This is similar to Shingrix, and somewhat worse than the flu vaccine,” Wachter explains. “I think it will be important to tell people that they may well have a bad day or two after their shot. That’s a sign that the vaccine is working. It will pass, and then they will be protected against a far worse disease—one that has killed nearly 300,000 people.”

And since the mRNA vaccine does not introduce a virus inside of your body, “There should be no concern that the side effects are a sign that the vaccine is giving you the infection,” but rather, that your body is mounting an immune response to the mRNA’s viral protein, Weismiller explains.

So should you be the first to take the mRNA vaccine?

It is concerning to be one of the first to attempt anything. But remember, you will not be the first to take the mRNA vaccine. Seventy thousand other participants have taken the vaccines over the past few months with roughly 95% effectiveness, which is an “incredibly potent response for a respiratory virus vaccine,” Weissman says.

That’s why Wachter says, “I will be taking my vaccine on the first day it’s available to me.” 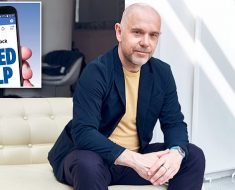 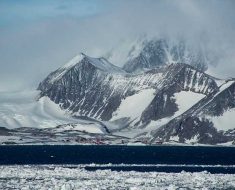 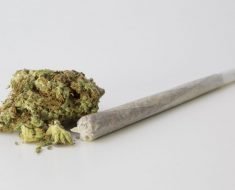 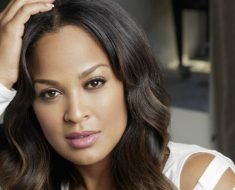 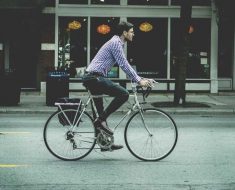 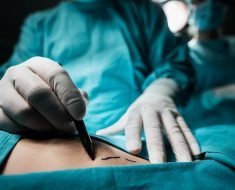