Georgette Klinger might have passed away 14 years ago, but her namesake brand is getting a new life. Acquired 18 months ago from Klinger’s family by Simon Abadi, a former vice president at Mario Badescu, the heritage brand is being reimagined for a new generation.Klinger is the latest in a string of heritage beauty brands, such as Erno Laszlo and H2O+Beauty, being rebooted as demand for skin care is thriving. Klinger, who passed away at age 88, was dubbed the “Dean of Skin Care,” arrived from Czechoslovakia in 1940. Her company  bounced around several owners over the past years and is estimated to produce volume in excess of $20 million.The brand has been reimagined several times over the past decades, but Abadi believes he has the right formula fusing the best of the franchise’s history with fresh packaging and on-trend ingredients.“We’re concentrating on the products she had, as well as new products,” Abadi said. The latest version will not include Georgette Klinger spas, although he did not rule that out in the future. While he would not comment on sales goals, industry sources believe even without salons the retail products can surpass $20 million a year.The lineup consists of about 30 stockkeeping units. “We’re bringing back many of her old formulas but tweaking them,” he said. “Twenty years ago, parabens were not a problem. Now they are so, we are paraben free,” Abadi said. The classics include the Camphor Mask while new entries are a Vitamin C Toner and Coconut Cleansing Milk.The range includes cleansers, toners, masks, makeup removers, facial mists, moisturizers, eye creams, exfoliants and serums. Buzzy ingredients have been added such as coconut, marula, volcanic mineral and rose. Prices range from $9 for a coconut facial mist to $68 for a retinol serum. Abadi said he tried to keep price tags in line with the original products.The company is doubling down on expansion with plans to have 70 to 80 sku’s by the end of the year. That includes broadening beyond facial skin to body and hair. Klinger had included hair care in her original range. “Klinger was even talking about keeping the scalp clean 40 years ago,” Abadi said, noting that only recently has the scalp been addressed by contemporary hair care brands.The revamped line is sold online at Georgetteklinger.com and on Amazon. Additionally, Birchbox offers the brand online, in its store and will be in next month’s subscription box. “We thought Birchbox was a good launch for the brand because it can educate users about the ingredients,” he said. “I’d say anyone over 40 knows the name and maybe has been to the spa and knows the celebrities that used to come to the spa,” Abadi said.“Georgette is one of those iconic names that should be reborn,” Abadi said. “Whatever is old is new again. It is the right time to bring the brand back.”Other beauty concepts where Klinger was ahead of her time include the importance of sun protection and even the “no makeup makeup” look. She added a men’s floor to her spas when men were left out of the skin-care industry. “Her theory was that if you took care of your skin you didn’t need makeup. And that is something we hear today. She was ‘with it’ before anyone else,” Abadi said. “Sometimes now I say to myself, ‘what would Georgette do,’ and that’s how we are trying to grow the brand.” 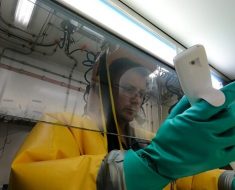 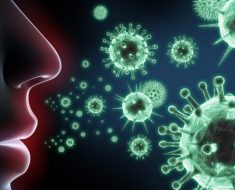 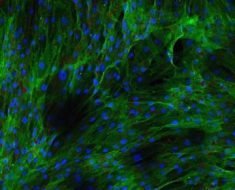