Home
Health News
Stomach bloating: What alcoholic drinks to avoid if you want to beat the bloat

Stomach bloating describes what happens when too much gas fills up the gastrointestinal tract, which often results in a stretch, puffy sensation in the tummy. The causes of poor gut health can be complex but certain dietary decisions have been shown to trigger and worsen bloating symptoms. Certain alcoholic drinks should be avoided if you are looking to beat the bloat, particularly during the festive period.

Why does alcohol consumption cause bloating? According to Meredy Birdi, Acting Dietitian & Nutritional Therapist at Harley Street Clinic, CP+R, alcohol is a direct irritant to the gastrointestinal lining.

It can also make bloating symptoms worse if the gut is already sore and inflamed or in poor digestive health so it is important to exercise caution, she said.

In addition, alcohol can stress out the liver, which leads to constipation – a key trigger of bloating, explained Samantha Franceschini, clinical nutritionist of Nutrition By Sam.

According to Dr Simon Smale, consultant physician and gastroenterologist at York Hospitals NHS, fizzy alcoholic beverages such as prosecco can be particularly problematic. 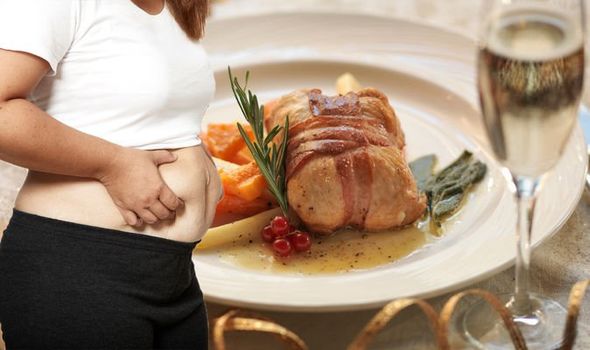 Prosecco contains carbon dioxide, which has been shown to exacerbate symptoms associated with bloating, he said.

According to Franceschini, wheat and gluten-laden beer should also be ruled out if you are looking to avoid bloating because its is highly acidic.

Additionally, fermented wine can also irritate candida in the gut, leading to bloating, she said.

DON’T MISS
How to lose visceral fat: The health drink proven to reduce the harmful belly fat [TIPS]
Heart attack: Eating two of this fruit a day could prevent the life-threatening condition [TIPS]
How to live longer: Best diet to improve your life expectancy – what foods to eat [TIPS]

Sugary cocktails can also spell trouble for bloating suffers, according to Birdi.

She explained: “If you have an imbalance in healthy gut bacteria, then the sugar will potentially feed the pathogenic (bad) bacteria.”

There are alcoholic alternatives that may reduce the risk of bloating, however.

According to Birdi, you should opt for spirits such as gin, vodka and tequila with carbonated water as a mixer if carbonated drinks don’t cause you bloating. 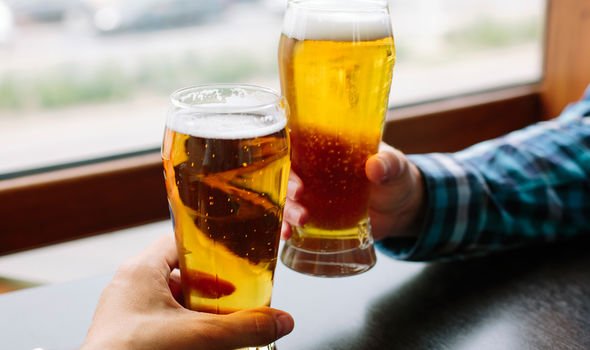 Other key tips to avoid bloating

It is also important to cut out on gassy foods known to cause bloating.

These items generally fall under a group known as FODMAPs (fermentable oligosaccharides, disaccharides, monosaccharides, and polyols), which are the worst offenders for bloating.

Foods or drinks with fructose or artificial sweeteners are also on the FODMAP list. 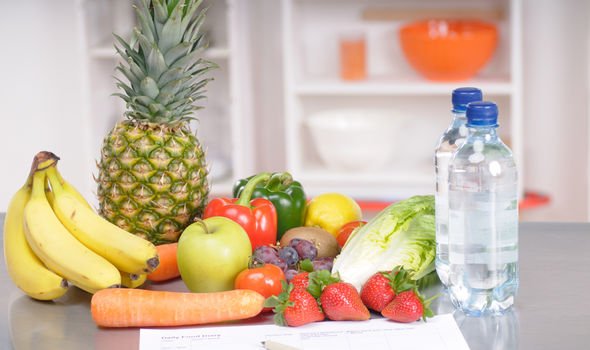 As Dr. Kyle Staller, a gastroenterologist at Harvard-affiliated Massachusetts General Hospital, explained: “We all have an increased amount of gas in the body after eating them, but some of us react to them more severely than others.”

Milk and dairy foods are also considered FODMAPs. They contain a type of sugar called lactose, which is hard to digest if you don’t have enough of the enzyme that breaks it down (lactase), which leads to bloating, explains Harvard Health.

The best approach if you have a food intolerance is to eat less of the problem food or cut it out completely.

A handy way to identify the worst culprits is to keep a food diary for a couple of weeks, noting everything that you eat and drink and when bloating troubles you most.

“But do not get rid of food groups long-term without advice from your GP,” advised the NHS. 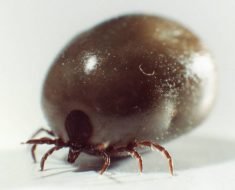 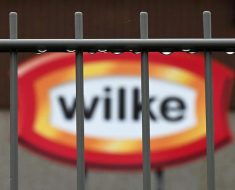 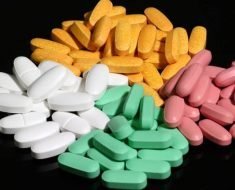 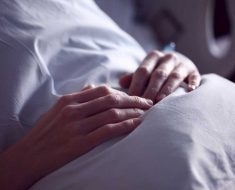 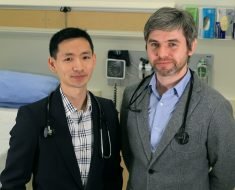