Riverside Medical Clinic is the largest physician-owned practice in California. It is a multi-specialty enterprise that has more than 170 providers and sees more than 400,000 patient visits a year. As such, it has a great need to communicate with myriad patients on a daily basis, no matter the location.

Riverside piloted the WELL Health system at three practices in one location and decided to expand to more than 85 practices across seven locations after being live for just two weeks. The health system was live across the enterprise within a month.

There are many players in the patient communication systems space. These include Avaya, HealthGrid (part of Allscripts), Klara, Lua Technologies, PatientlySpeaking and West.

Riverside went with the text messaging system for several reasons, one of which was to reduce its no-show rate. Immediately after go-live, across the three pilot locations, about 10 percent of patients weren't coming to their appointments; just one month after go-live, that number was down to 3 percent.

Those numbers clearly suggest a consumer preference for text messaging over phone calls.

"The problem we were trying to resolve was getting a hold of our patients in an expedient manner without having to do redundant work," said Diego Galvez-Ramirez, director of patient support services at Riverside Medical Clinic. "We wanted to give time back to our staff. A big frustration was not having enough time for staff to accomplish their duties."

Riverside saw that it was making multiple calls, trying to reach patients without success. Even when it left messages, it was not receiving call-backs. It was assigning additional staff hours to having them manually call patients. This took from other areas that deserved the additional hours.

The WELL Health system is a side-by-side program that uses real-time information from the practice management system to send out messages to patients, whether in text message, phone call or email format. It recognizes the patient's preferred method of contact and reaches out accordingly. The system uses existing phone numbers, which makes it transparent to patients as they see that they are receiving a text message or call from their doctor's office.

Patients use it as any other regular text message system and simply text back. If they have their physician's phone number as a contact, they can also text their office on request. Another key factor is that a bidirectional communication platform is something that many other healthcare organizations do not offer, so Riverside is able to carry on a text conversation with patients where other practices cannot, said Galvez-Ramirez.

All scheduling staff uses the system, about 95 daily active users.

Knowing that the patient was in the hospital and was very ill, Riverside looked to see if there were any other upcoming appointments and asked the patient's daughter if she wanted to cancel the remaining appointments, to which she replied yes. The clinic then asked if there was anything else that the family needed and told the daughter that it would send a message to the mother's primary care doctor, notifying the them that the patient was very ill in the hospital.

"The daughter was very thankful for our action and caring attitude," Galvez-Ramirez said. "We were able to contact a patient that was gravely ill and whose family might not have remembered to cancel their appointments. No obtrusive phone conversations were needed during this delicate time and we were there to offer any assistance needed. We were able to offer peace of mind to the daughter in a manner that she appreciated."

It's difficult to not notice that everyone in the world is connected to their cell phones, he added.

"Most of the time, the cell phone is not used to make phone calls," he said. "You have to adapt to the new ways that your patients want and are used to communicating. In our environment, you also have to be quick to respond to your patients. No patient wants to spend unnecessary time on a phone call. Being able to send them their appointment to their phone is not only a new concept, it's an expectation." 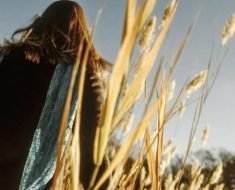 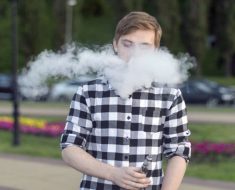 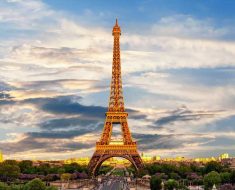