A former Navy officer and father has launched an online challenge to encourage dads to get fit – after battling his own spiralling weight problem.

Dan Fallon left the Royal Navy and struggled to transition into civilian life after 13 years of service in the forces. He was also starting a new business and about to become a new dad.

In the midst of all this stress, Dan realised that dads are often forgotten about in the conversations about mental and physical health – and he knew he had to do something about it.

The birth of his daughter was traumatic and scary, leaving his newborn daughter in hospital for days. As he was dealing with the aftermath of this, his new business venture proved unsuccessful and Dan instead got a job in exercise rehabilitation for the ministry of defence.

‘I felt ashamed that the business hadn’t been profitable,’ Dan tells Metro.co.uk. ‘I had invested so much money and was in debt because of my naivety and felt so much guilt that it hadn’t worked.

‘Now I was working away from my family and having to travel home most weekends.’

Then came a call from Dan’s dad – telling him he had cancer and didn’t have long left to live.

‘My life started to spiral out of control,’ explains Dan. ‘I started “self-medicating” with food to help myself feel better, and despite working in the fitness industry and being educated in the principles of health and wellbeing, I found my waistline expanding rapidly.

‘Binge eating felt good – anything was better than feeling the way I did. I stopped being conscious of what I was putting in my mouth and didn’t realise how out of shape I was getting.’

Before he had even really thought about it, Dan had gained three stone. He was out of shape both physically and mentally, and he knew something had to change.

‘I’m a great believer in starting with something manageable, especially when it comes to fitness, that way you can build consistency and momentum,’ says Dan.

He thought about his daughter and wanted more than anything to set a strong, healthy example for her – and to earn her respect. So he started walking.

‘I walked most mornings for around 30 minutes,’ says Dan.

‘If you walk at a decent pace, you can burn between 300-350 calories. Doing this daily for ten days, I burnt the equivalent of one pound of fat.’

Dan started to introduce kettlebell workouts into his routine – fitting them in during his lunch breaks. He also started to look at his portion sizes and track the intake of his calories and protein to make sure he wasn’t eating too much.

‘The walking really helped me mentally process what had happened over the past few years,’ explains Dan. ‘I started to pick up mindfulness and after practising it for a few months, I felt it had a massive impact on getting me back on track mentally and emotionally.

‘I started to talk to other dads facing similar challenges. I realised that for many, the main obstacle to getting fit was actually being motivated.’

Dan set up his online fitness challenge – The Super You Project – to help dads like him take that first step towards a healthier lifestyle.

‘It’s very easy to put your own personal health and wellbeing aside when you become a dad and you feel a huge responsibility on your shoulders. What I now know is in order to be the best dad, I need to be the best Dan.

Dan strongly believes that dads can play a huge role in turning the tide of childhood inactivity. He says that as parents, there is a responsibility to actively set a good example.

‘Kids do what we do not what we say.

‘Also, as men get older, they tend to get more responsibility at work and exercise I believe can be a great stress management tool.’

Core workout for dads to try at home

These three exercises are part of Dan’s Super 7 Bodyweight Series that Dan recommends for dads who are just starting their strength and fitness journey at home.

‘The core’s primary role is to prevent unwanted movement around the spine while the body moves,’ says Dan.

‘These three bodyweight movements, if done with good technique, could bulletproof the body from overuse injuries – such as general knee pain and back pain.’

Tags: after, body, challenge, dads, Fitness, for, his, launches, transforming, Veteran
You may also like 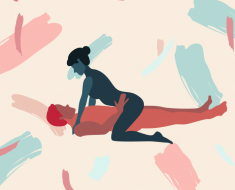 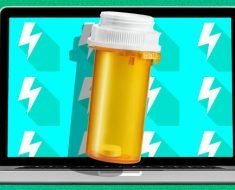 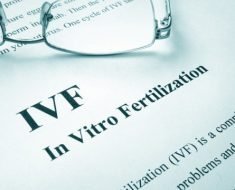