Hannah Guthrie was enjoying a hen do in May 2017 when the group decided to try Segways.

Before they could start, they were all weighed and as Hannah was more than 20 stone, she was banished to the sidelines and relegated to the role of photographer.

Hannah, an activity coordinator, was left so ’embarrassed and ashamed’ that she transformed her diet and lifestyle when she got home – dropping six stone.

She said: ‘It was so awful.

‘I was really excited at first, I’d never tried a Segway before, it didn’t even occur to me that my size might be an issue!

‘I was so embarrassed after they weighed me, when I was told I couldn’t take part as I was over the limit (of 18 stone).

‘I sat on a picnic bench, after having to explain to the group why I couldn’t join in, trying so hard to hold back the tears and watched everyone else enjoying themselves, taking on the role of photographer instead.

‘After that, I knew something had to change.’

The hen do was for her boyfriend Tom’s sister, who she was meeting for just the second time.

Shortly after that, she went to a wedding and someone took an unflattering picture she didn’t like. The says the two things were the final straw.

Determined to change her life for good, Hannah started to attend regular Slimming World meetings, going to the gym, running, and also joined clubbersize classes where you dance to lose weight.

‘I see myself every day, so I don’t realise how much of a big change it is until I see old pictures of me,’ added Hannah.

In four years, Hannah has managed to lose six stone despite living with Polycystic Ovary Syndrome (PCOS) a hormonal condition which can affect weight gain.

She had been battling with her weight since the age of 16 after developing a habit for secret eating.

Hannah’s weight crept up and up as her secret eating carried on into her twenties.

She said: ‘I was ashamed of my size and that made me feel so low, my moods were really bad.

‘I tried a few times to attend Slimming World meetings but it never stuck for me, it just wasn’t the right time.

‘That is of course until the hen do and wedding disasters really gave me the kick I needed!’

Hannah has also started to document her weekly Slimming World weigh-ins on Instagram and credits it with helping to keep her motivated with her weight loss.

She said: ‘I find it motivates me and keeps me accountable for my journey.

‘I’d focus on the scales but was also using my page almost like a diary, and making sure I was honest.

‘A lot of women do message me asking for help or find a feeling of comfort in someone in the same position as them.’

Despite her progress, Hannah still has days where she craves something sweet but has learnt that it’s okay to have a small treat now and again.

She admitted: ‘I just look at all these sweet delivery companies online and really crave it!

‘In the end, I was good, I ordered the smallest box they had and made sure not to eat it all at once.

‘That was my treat and I got back on track. Before I would have just eaten the whole lot.’

Do you have a story you want to share?

Tags: after, allowed, at, Being, hen, loses, not, over, Party, Segway, Six, stone, to, use, Woman
You may also like 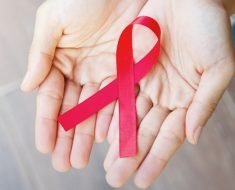 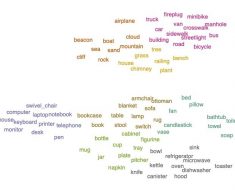