Australian researchers have compiled a world-first conclusive synthesis of the environmental and social impacts of globalisation — using sophisticated computation to provide a bird’s eye view of the displacement of wealth-driven consumption into offshore production — highlighting effects such as increased child labour and environmental degradation at the area of production that may not be seen easily but can have far-reaching consequences.

Drawing on an increasingly large pool of data — a substantial part of which underpins important relationships initially discovered by the University of Sydney’s Integrated Sustainability Analysis (ISA) team — the study for the first time unveils the extent to which developed countries are outsourcing environmentally and socially burdensome production to poor countries.

Technological advances in footprinting, otherwise referred to as consumption-based accounting, are led by ISA and a handful of organisations globally. The research is set to complement the current production-based focus by closing accounting loopholes.

This new overview study, conducted at the University of Sydney and UNSW Sydney, shows that overall about a third of environmental and social impacts from consumption in wealthy nations is displaced to developing countries, and this trend in outsourcing responsibility is increasing.

The findings are published today in the leading journal Nature Geoscience.

“This important and ground-breaking area of research being developed by our world-leading Integrated Sustainability Analysis group is a perfect example of the social impact that researchers can have,” Professor Ivison said.

Co-author Professor Manfred Lenzen, who heads ISA from Sydney’s School of Physics, said that social impacts were a relatively new area of research, but findings painted a global picture of masters and servants. “Many citizens of rich countries require the work of up to five poor people to satisfy their consumption,” Professor Lenzen said.

“Rich consumers like us are implicated in pollution and inequality all over the world, and people in poor countries bear the brunt of our large environmental and social footprints.”

Associate Professor Tommy Wiedmann, the study’s lead researcher from UNSW Sydney and ISA, said indirect effects facilitated by often complicated supply-chains were mostly hidden from consumers, who generally do not know where the raw ingredients of their purchases stem from.

“This means that if a country moves from producing goods domestically to importing them from China, its carbon footprint decreases — leading politicians to think that the country is cleaning up its act.”

Such a convenient myth was debunked when Associate Professor Wiedmann, then with the Stockholm Environment Institute, and Professor Lenzen, were involved in a study to establish the UK’s carbon footprint, prompting the BBC to declare the UK ‘in delusion’ over its emissions, and forcing the UK’s Environment Minister to explain earlier statements praising the country’s decarbonisation.

Professor Lenzen concluded: “Our new research clearly points towards a need for so-called consumption-based accounting — where a country’s environmental score includes its imports — and as such leaves no room for loopholes.”

Much of the groundwork for global multi-regional input-output models (GMRIO) was developed and through collaborative work led by the University of Sydney’s group Integrated Sustainability Analysis (ISA).

“Things really kicked off in 2010 with a $10,000 seed funding from the University’s International Program Development Fund, which we used to bring together the leading researchers and their expertise on modelling international trade,” explains Professor Lenzen.

During the course of this latest research published today, the ISA team used supercomputers to untangle complex international trade routes. What they found was that traded goods embodied a substantial amount of emissions, water, pollutants and resources. In addition, a pattern emerged: environmental pressure in poor countries is often associated with export goods that are ultimately consumed by affluent countries.

Although the importance of such displacement of carbon emissions — also referred to as carbon leakage — has been known for some years, the researchers have now amassed evidence in terms of environmental issues such as air pollution, water scarcity, biodiversity loss, raw material and energy depletion, and nitrogen emissions.

Interestingly, it is also social impacts that rich consumers are connected to. Based on the work of many of ISA’s PhD students, the team is now able to quantify our implication in child labour , global inequality , occupational injuries and deaths , civil war , and poverty worldwide. 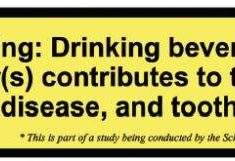 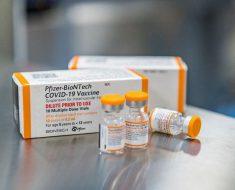 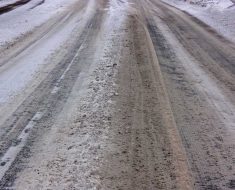