Patients with pancreatic cancer usually experience significant weight loss, which can begin very early in the disease. A new study from MIT and Dana-Farber Cancer Institute offers insight into how this happens, and suggests that the weight loss may not necessarily affect patients’ survival.

In a study of mice, the researchers found that weight loss occurs due to a reduction in key pancreatic enzymes that normally help digest food. When the researchers treated these mice with replacement enzymes, they were surprised to find that while the mice did regain weight, they did not survive any longer than untreated mice.

Pancreatic cancer patients are sometimes given replacement enzymes to help them gain weight, but the new findings suggest that more study is needed to determine whether that actually benefits patients, says Matt Vander Heiden, an associate professor of biology at MIT and a member of the Koch Institute for Integrative Cancer Research.

“We have to be very careful not to draw medical advice from a mouse study and apply it to humans,” Vander Heiden says. “The study does raise the question of whether enzyme replacement is good or bad for patients, which needs to be studied in a clinical trial.”

Vander Heiden and Brian Wolpin, an associate professor of medicine at Harvard Medical School and Dana-Farber Cancer Institute, are the senior authors of the study, which appears in the June 20 issue of Nature. The paper’s lead authors are Laura Danai, a former MIT postdoc, and Ana Babic, an instructor in medicine at Dana-Farber.

In a 2014 study, Vander Heiden and his colleagues found that muscle starts breaking down very early in pancreatic cancer patients, usually long before any other signs of the disease appear.

Still unknown was how this tissue wasting process occurs. One hypothesis was that pancreatic tumors overproduce some kind of signaling factor, such as a hormone, that circulates in the bloodstream and promotes breakdown of muscle and fat.

However, in their new study, the MIT and Dana-Farber researchers found that this was not the case. Instead, they discovered that even very tiny, early-stage pancreatic tumors can impair the production of key digestive enzymes. Mice with these early-stage tumors lost weight even though they ate the same amount of food as normal mice. These mice were unable to digest all of their food, so they went into a starvation mode where the body begins to break down other tissues, especially fat.

The researchers found that when they implanted pancreatic tumor cells elsewhere in the body, this weight loss did not occur. That suggests the tumor cells are not secreting a weight-loss factor that circulates in the bloodstream; instead, they only stimulate tissue wasting when they are in the pancreas.

The researchers then explored whether reversing this weight loss would improve survival. Treating the mice with pancreatic enzymes did reverse the weight loss. However, these mice actually survived for a shorter period of time than mice that had pancreatic tumors but did not receive the enzymes. That finding, while surprising, is consistent with studies in mice that have shown that calorie restriction can have a protective effect against cancer and other diseases.

“It turns out that this mechanism of tissue wasting is actually protective, at least for the mice, in the same way that limiting calories can be protective for mice,” Vander Heiden says.

The intriguing findings from the mouse study prompted the research team to see if they could find any connection between weight loss and survival in human patients. In an analysis of medical records and blood samples from 782 patients, they found no link between degree of tissue wasting at the time of diagnosis and length of survival. That finding is important because it could reassure patients that weight loss does not necessarily mean that the patient will do worse, Vander Heiden says.

“Sometimes you can’t do anything about this weight loss, and this finding may mean that just because the patient is eating less and is losing weight, that doesn’t necessarily mean that they’re shortening their life,” he says.

The researchers say that more study is needed to determine if the same mechanism they discovered in mice is also occurring in human cancer patients. Because the mechanism they found is very specific to pancreatic tumors, it may differ from the underlying causes behind tissue wasting seen in other types of cancer and diseases such as HIV.

Tags: Biologists, discover, how, lead, loss, pancreatic, to, tumors, weight
You may also like 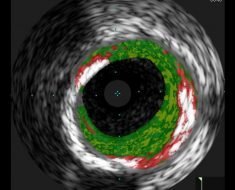 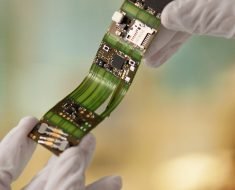 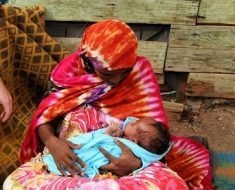 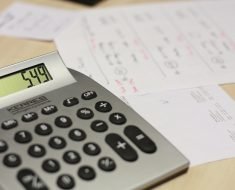