Science can be a painstakingly slow process. It can take years of tweaking, refining and rethinking to get solid, reliable evidence. And when it comes to developing new cancer treatments, the layers of research needed go even deeper.

Not only do scientists need to prove that a potential drug does what it’s supposed to – and in a way that makes it better than existing treatments – they also need to be sure it’s safe. Since people – and cancers – are so different from one another, this takes a lot of work. That’s why it can take 10-20 years for a discovery to complete the journey from lab bench to bedside.

While this is an essential part of developing the treatments of tomorrow, such knowledge may be little consolation for today’s patients. So, what can be done to accelerate improvements for people with cancer? Work with the options we already have.

This is an approach many of our researchers are taking, and an announcement today from the National Institute for Health and Care Excellence (NICE) shows how improving treatments isn’t necessarily a case of out with the old and in with the new.

Thanks to a trial we supported, people with a type of brain tumour now have a new treatment option. And it’s a chemotherapy drug our scientists began developing more than 30 years ago.

“This is a practice-changing trial,” says Dr. Sara Erridge, a Cancer Research UK-funded scientist at the University of Edinburgh, who led the UK arm of the international CATNON (BR14) study.

“Temozolomide has now been introduced to be part of the standard of care for this group of patients.”

The global trial focused on improving treatment for people with a type of brain tumour called a glioma. These start in cells called glia, which play many roles in the brain such as supporting nerve cells. In some gliomas, the tumour cells have genetic mistakes where bits of 2 different chromosomes are missing. This trial was for people whose cells didn’t have this genetic scar – known as ‘non-codeleted’ gliomas.

Prior work had shown that people with non-codeleted gliomas tended to do worse than people whose tumours did have this genetic fault. The researchers wanted to find out whether the chemotherapy drug temozolomide could improve survival for some people who fall in this group.

“In one of my jobs first junior doctor I was involved in caring for patients in the early clinical studies of temozolomide, so I’ve seen this drug through many generations,” Dr. Erridge says.

“Temozolomide is used as part of the standard of care for fitter people with grade 4 gliomas, the highest grade and most aggressive type of brain tumour. What we’ve been trying to find out is whether temozolomide improves survival in people who have non-codeleted grade 3 tumours.”

Grades are a measure of how fast-growing a tumour is, based on how abnormal the cells look under the microscope. High grade gliomas – grades 3 or 4 – look most different from healthy cells and grow the quickest.

Taking place across 12 countries in Europe, Australia and Canada, the trial included 750 patients and looked at the benefits of adding temozolomide to radiotherapy – either at the same time or afterwards. While the team is still collecting data from people who were given the drug and radiotherapy together, Dr. Erridge says it became clear early on that temozolomide was helping patients when given after radiotherapy.

“An independent data monitoring committee took a look at the data shortly after we’d finished recruiting, examining the treatment’s effectiveness and safety,” she says.

“They identified that people who had been given the chemotherapy following radiotherapy had a survival advantage, even at an early analysis of the data. So, they made immediate recommendations that anyone who had received radiotherapy should be given temozolomide.”

Late last year, these early results were published in The Lancet. Compared with radiotherapy alone, adding in temozolomide after radiotherapy increased the number of patients who were alive 5 years on from just over 4 in 10 (44%) to almost 6 in 10 (56%).

“The great thing is that this isn’t an expensive treatment. Temozolomide is a generic drug, so it’s easy to implement into the NHS at a minimal cost,” Dr. Erridge says.

“It’s a healthcare development that the NHS can actually afford; it’s realistic.”

NICE’s decision to update its guidelines following this trial will no doubt be welcome news for those who could benefit. And while boosting survival is of course the goal for these hard-to-treat cancers, Dr. Erridge wants to make sure that quality of life isn’t sacrificed to get there.

“The focus tends to be on helping people live longer, but brain tumours affect people in so many other ways – their mental capabilities, mobility and even who they are; their identity,” she says.

“For many patients, their priorities tend to be about care and making their quality of life better. That presents us doctors with a dilemma, as we want to improve survival but often the quality of that extended life is quite poor. How can we make that extra time as good as it can be?”

As part of our inaugural Brain Tumour Awards, we’re calling on researchers to find ways to do just that. By learning more about the biology of different brain tumours, we hope to identify those that can be treated just as effectively with gentler treatments, thus reducing the risk of long-term side effects.

Tags: available, brain, chemotherapy, Even, more, NHS, now, patients, to, tumour
You may also like 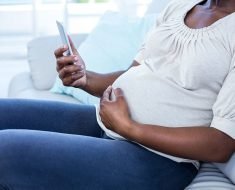 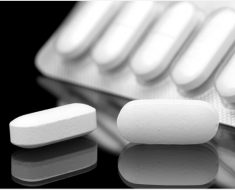 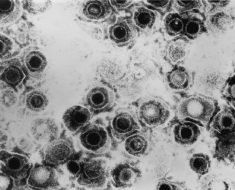 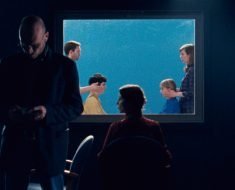 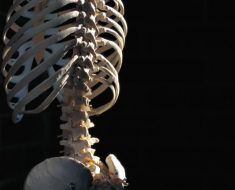