Picking a baby name can be incredibly difficult. Many people want to avoid a baby name that’s too popular because that means their child will likely share a name with other kids in their class. There’s a lot to be said for originality and picking a name out of the norm, but of course you don’t want to pick a name that is so unpopular that it will lead to teasing on the playground. So how do you strike a balance?

Sadly, there is no perfect formula to picking just the right name for your little one, but there are some names that you’ll probably want to avoid. Baby name website BabyCenter tracks user data to let us know which names are in, and which ones aren’t so trendy. Since the listings are updated regularly, it’s theoretically possible that some of these names might come back into style in a couple of months, but they have slipped so far down the rankings that it would take a miracle to salvage them. These are baby names you’ll probably want to cross off your list.

Sorry, Grey’s Anatomy fans. Despite the show’s enduring popularity and the fact that Meredith Grey is still saving lives several seasons after the show debuted, we’re going to have call it quits on this name. Meredith has been on the decline for a while, but from 2017 to 2018 it slipped down 170 places to rank shockingly low at number 744.

This Welsh name might mean “great ruler,” but Meredith’s reign is over — at least for now. The name hit peak usage in the late 1970s and early 1980s, so it’s possible that its dramatic drop in the rankings might just be a sign that people have finally decided that this name sounds old fashioned. While it might circle back into common usage one day, it’ll probably be several years before that happens. For now, at least, Meredith is one of the most unpopular names of the year. Here’s hoping that its luck changes soon.

Not even Dennis the Menace could have orchestrated a catastrophe as big as the one that has hit his name. Dennis might not have been a trendy name last year, but it was still hanging out in the top 1000 boys names. Then came 2018. It seems like parents all over the country woke up and realized that this name, which was popular with the baby boomer generation, was too old fashioned for a child of the 21st century. From 2017 to 2018, Dennis has dropped down 704 places, now coming in well outside of the top 1000 and landing at 1,458.

Talk about a fall from grace. While it seems like this name was popular just yesterday, some of the most famous people associated with this name are actually middle-aged. It’s hard to believe, but actor Dennis Quaid was born in 1954. Bad boy Dennis Rodman hasn’t been sinking hoops professionally for years — the former NBA star was born in 1961.

While it might not seem like the film Heathers was released all that long ago, the cult classic debuted in 1988. By the time any babies born this year are old enough to appreciate the dark humor of the film, they’ll be so far removed from the decade that they’ll think Heather sounds like a name for grandmothers. They won’t be that far off the mark, either. While the name Heather was incredibly popular around the time that the film came out, enough time has passed since then that this name has officially become so last year.

While the name managed to hang onto a slot in the top 1000 names for baby girls long after its heyday, it has dropped 141 places since 2017, now coming in at 1,069. Unless a miracle occurs, there’s no way to resurrect the name Heather and restore it to its former glory anytime soon. This name is definitely over.

In 2018 the world is so done with Casey Affleck that it’s even kicking his name to the curb. Thanks to the #MeToo movement and the many people speaking out against sexual harassment, Casey’s name is mud these days. Affleck was supposed to present the best actress award at the 2018 Oscar ceremonies but withdrew from the event amid accusations of sexual harassment.

The name Casey was ranked at 539 in 2017, but has dropped over a hundred places since then to 661. Some clarification is needed for this unisex name: While its popularity has waned for boys, girls are claiming this name for themselves. It jumped up 302 places from its 2017 ranking to land at its current rank of 651. Even if this upward trend continues for girls, it’s safe to say that Casey is on its way out as a boys name — at least for now. Maybe a wave of strong, empowered women bearing the name will help to rehab the moniker’s reputation, and it will once again become popular for boys.

This name was pretty popular in the early and mid 20th century, but dropped off in use after the 1950s. While Gloria saw a dip in popularity, it hung around for a while, managing to stay in the top 1000 names for girls for decades after it hit peak usage. It looks like 2018 was the year to destroy Gloria’s tenuously held relevance, though. The name dropped 322 spots to land painfully at 1,049.

This name has had a huge historical impact. Women’s rights activist Gloria Steinem bears the name, but considering that she was born in 1934, it makes sense that people are starting to think of this name as a little bit dated. The hit song “Gloria,” is slightly more recent, but we’re still pretty far (at least in baby name years) from its 1982 release. The name Gloria might be unpopular now, but don’t discount it just yet. To put it in the words of a song sung by another famous Gloria — Gloria Gaynor — we think this name will survive.

We aren’t really sure what happened here, but for some reason, 2018 has not been kind to the name Randy. Sure, the name has been slowly fading from popularity since it hit its peak in 1956, but it seemed like Randy would see a graceful descent into obscurity, then make a comeback a few decades later. It looks like such a fate isn’t to be, though, because the name has been cruelly toppled out of a precarious position in the top 1000 boy names, and pretty much forgotten — practically overnight.

In 2017, the name was ranked 965, and was even up five places from 2016. Now, however, the name has experienced a horrible downfall, dropping to a devastating low of 1,466. While it’s easy to forget they’re middle aged, Randy Jackson, born in 1956, and Randy Travis, born in 1959, prove that this name has been around for a while.

Anne is one of those names that seems like it will be around forever — probably because it has been around for centuries. History books are filled with examples of the name, which is of Hebrew origin and means “full of Grace”. In the 16th century, King Henry VIII of England founded the Church of England so he could divorce his first wife and marry Anne Boleyn. Playwright and poet William Shakespeare also married a woman named Anne. Modern day celebrities like Anne Heche and Anne Hathaway proved that the name has staying power, but it looks like its era might finally be over.

Anne slipped down 173 places in the ranks, landing at 920. While it might seem like the name is doomed, there is hope yet. The name has been around long enough that it is bound to cycle in and out of popularity, and its use has ebbed and flowed over the years. For now, though, we’re unfortunately going to have to go with the numbers, and call Anne one of the most unpopular names of 2018.

It doesn’t take an Einstein to figure out that dropping down 118 places from the previous year means that a name has become unpopular. Albert, ranked 483 in 2017, took a tumble from its top 500 ranking to come in at 601 in 2018. This name, which is of Anglo-Saxon origin and means “noble, bright” has been slowly petering out for decades. It was expected that it would soon fade out of popularity, although we didn’t expect it to spiral into unpopular territory so quickly.

It’s surprising that more parents don’t want to use this name considering its incredible legacy. German mathematician Albert Einstein is one of the most famous geniuses of all time. The name has also had a long association with royalty. Queen Victoria’s consort, Prince Albert, bore the name. Other royals named Albert include Albert I of Belgium, and Albert II, prince of Monaco.

Friends may be there for you (at least on Netflix), but their names won’t be for much longer. Ross has already been out of the top 1000 names for boys for half a decade, and has recently been joined by the name Monica, which dropped 295 spots since 2017, coming in at 1,128. It’s a pretty big dip in the rankings for the name. You’d think that the popularity of the show Friends, which ended in 2004 but is still a hit with audiences, would have kept Monica afloat for a few more years, but it looks like the name has fallen too far for saving.

The good news is that Rachel, Chandler, Joey, and Phoebe are still hanging in there. Given the downward trajectory of Monica and Ross, though, it’s probably only a matter of time before the other four names fall off the charts.

Curtis is a French name that means “courteous,” but it’s being poorly repaid for its good manners. It has fallen 152 places since 2017, which was just enough to kick the name out of the top 1000 names, placing it at 1,032 — an unpopular name to say the least. Part of the reason for the name’s decline could be that we just don’t hear it enough. The name Curtis doesn’t have many modern cultural associations — unless you count last names, in which case there’s Jamie Lee Curtis.

While there have been famous people with the name, they either aren’t popular enough in the mainstream to have a significant impact on baby name trends, or lived too long ago to influence them. Notable examples include singer-songwriter Curtis Mayfield, who lived from 1942 to 1999, and singer Curtis Lee, who had a top 10 hit song in the 1960s. One of the most famous people to bear the name now doesn’t even use it. Rapper 50 Cent was born as Curtis Jackson.

Tags: are, Baby, most, names, of, the, These, unpopular, year
You may also like 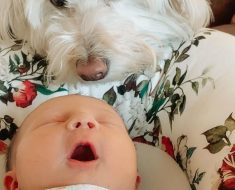 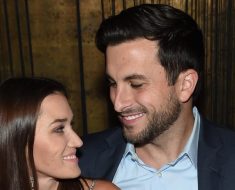 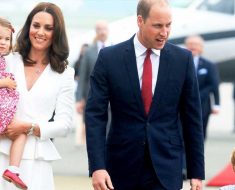