If you’ve only ever frequented sex shops for gag gifts or bachelorette party garb, the thought of picking up a few things for your own pleasure (and admitting it out loud) can be a pretty nerve-wracking experience. But once you get past the initial stigma of opening up to the sales rep about, well, the kinkiest details about your life, it can feel liberating AF.

That’s because sex shop employees are sharp, open-minded, and ready to help you upgrade your sex life from meh to day-um—all while putting up with the (many) misconceptions that come with the job. Allow them to explain.

Sex shops are a safe space to be yourself

Unlike some retail outlets that tend to give off a one-size-fits-all vibe, sex shops are an individualised, judgement-free zone. “I got into the field because when I was researching sexual fantasies, I found that women didn’t feel comfortable expressing their interests—partly because they didn’t know what their interests were or they were concerned about looking like ‘sluts’ if they did,” says Veronica Kazoleas, social psychologist and owner of The Nookie in Toronto, Ontario. There’s literally something for everyone. And if you don’t know what your “something” is, you can explore, learn, and ask questions without feeling pressured to buy.

They’re hella qualified for the job

Sure, they sell sex-related swag, but working in a sex shop is no different than working in other retail establishments. Like any other sales job, they have to have certain credentials (such as an associates degree) and are trained to work in the store, says Dionne Morrison, owner of BABA’S. Plus, any experienced sales associate wants to help people own their sexuality and feel comfortable with their bodies. “My favourite part of the job is when people come in with concerns, like painful sex or vaginal dryness, and leave with products and information that will help them enjoy sex again,” says Kazoleas.

There’s no need to feel nervous or ashamed

Those fantasies that you’re kind of embarrassed about (but shouldn’t be) are more common than you might think, says Kazoleas. A 2015 study published in The Journal of Sexual Medicine, for example, found that sexual interests traditionally considered taboo are actually totes normal: Researchers surveyed 1,516 Canadians between the ages of 18 and 77 and found that 65 percent of women fantasised about being dominated sexually, while 44 percent of men fantasised about spanking or whipping a partner for sexual pleasure.

“A lot of female customers think that needing lube makes them less womanly, or they’re concerned that their male partner will feel inadequate if they need lube to get slippery for sex,” says Kazoleas. Although it’s a common belief that a woman’s wetness depends on her level of arousal, there are plenty of things that can eff with self-lubrication, including hormone fluctuations, pregnancy—even antihistamines and antidepressants. “Even naturally wet women can reach orgasm faster with lube,” says Kazoleas. “Plus, lube reduces the risk of condom failure.” Pass it on.

They encounter some awkward situations

They love helping their customers become more comfortable and knowledgable about their bodies, as well as experience a much randier sex life—but for real, you don’t need to pop in or call with a post-coital play-by-play. (That’s what your besties are for.) “One man came in wanting to show us his erect penis as proof of how the product he bought worked,” says Morrison. Thanks, but no thanks.

While it’s okay to ask for recommendations, it’s not okay to ask a sex shop employee what they love the most. Not only is it super-invasive, but the answer won’t help you determine which toy is right for you. “Everyone is different and is turned on by different things,” says Stacy Rybchin, founder and CEO of My Secret Luxury in Connecticut. “Just because I love a toy doesn’t mean that the customer will love it, too. We want to help you find what works best for you—not for us.” So save this Q for your waiter, not your sex toy guide.

“I know several educators have been propositioned for sex by female and male clients,” says Rybchin. But that’s not their job. Just because they work in a store that sells adult novelty accoutrements doesn’t mean they’re servicing customers themselves, she says. Their bodies aren’t on the menu. Period.

It’s better to shop for sex toys in store

The key is finding a store you feel comfortable shopping in and clerks you feel safe talking to. Well-trained, thoughtful staff will ask you basic questions about your experiences, preferences, and intentions before they begin suggesting products, and there are usually items on display to touch and feel so you can make an informed decision. “You may pay a little more than you would online, but you’ll gain knowledge, confidence, and likely end up with a better product,” says Kazoleas.

They don’t have all the answers

“We can only help you to a certain extent,” says Rybchin. Researching the types of toys you might be interested in beforehand and not being afraid to fess up about your turn-ons or other pertinent bodily quirks can help them steer you in the right direction, increasing your odds of satisfaction (wink). 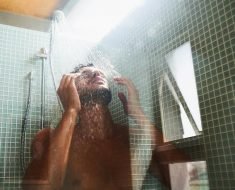 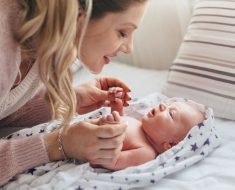 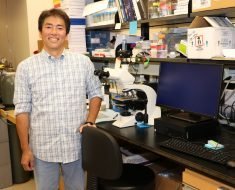 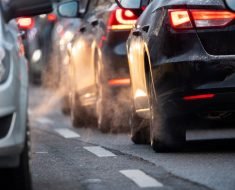 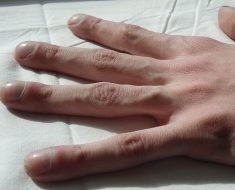