Comedian Mo'Nique Hicks sent out a PSA through her Instagram on May 29: She wanted "young Queens" (read: Black women and femmes) to think twice before deciding to wear sleep and loungewear in public.

Mo'Nique is a revered comedian known for her role in the early 2000s sitcom The Parkers as well as tons of comedy specials and films. In the Instagram video she posted, Mo'Nique recalls a recent trip to the Atlanta airport where she saw a group of Black women wearing bonnets and head scarves as they waited to board their plane. The sight of the women, "too many to tap," as she says, was so offensive to her, she decided to comment on it.

The conversation around bonnets is one that has been playing out online for over a month now, but in the latter days of May, Mo'Nique decided to add her two cents. The video wasn't necessarily about the existence and practicality of bonnets — it was more the act of wearing them in public that was irking the ironically robe-clad Mo'Nique. "I'm not saying it in judgement, I wanna make sure I'm saying it from a place of love," she says in the video. "When did we lose pride in representing ourselves," she laments. "When did we step away from 'let me make sure I'm presentable?'"

While there were some people in the comments who agreed with her, many people were troubled by it. To them, it read as another instance in which Black women were being policed about their appearance more harshly and frequently than others. After all, we don't get these conversations about non-Black women wearing their hair in messy buns pretty much… everywhere. Black women are forced to consistently push back against the way we look is ridiculed, coveted, and then copied in a confusing cycle powered by racism (internalized or otherwise), white supremacy, and misogynoir.

The grand irony of this whole discussion is that Black women are verified tastemakers in the worlds of fashion and beauty. If you look at the dominant beauty and fashion aesthetics of today, many of them are directly influenced by Black women and the way we present ourselves. The long, embellished nails, the slicked baby hairs, the "baddie" makeup style — these were all created and/or popularized by Black women and femmes.

What is most interesting is that the main use of the bonnet is to keep Black hair from tangling during a night of sleep, or just preserving a hairstyle until you're ready to take it off. Black women are often criticized if our hair isn't "done." Why then, when we "do" our hair, are we being criticized for its practical maintenance?

It's a damned-if-you-do, damned-if-you-don't situation if you let it be that. But regardless of naysayers, online and in the real world, Black women are still going to make their own choices when and where they decide to wear a bonnet.

Here, five Black women talk about their relationship with their bonnets, why they're comfortable with their choices, and why they believe other Black women should be able to feel the same. 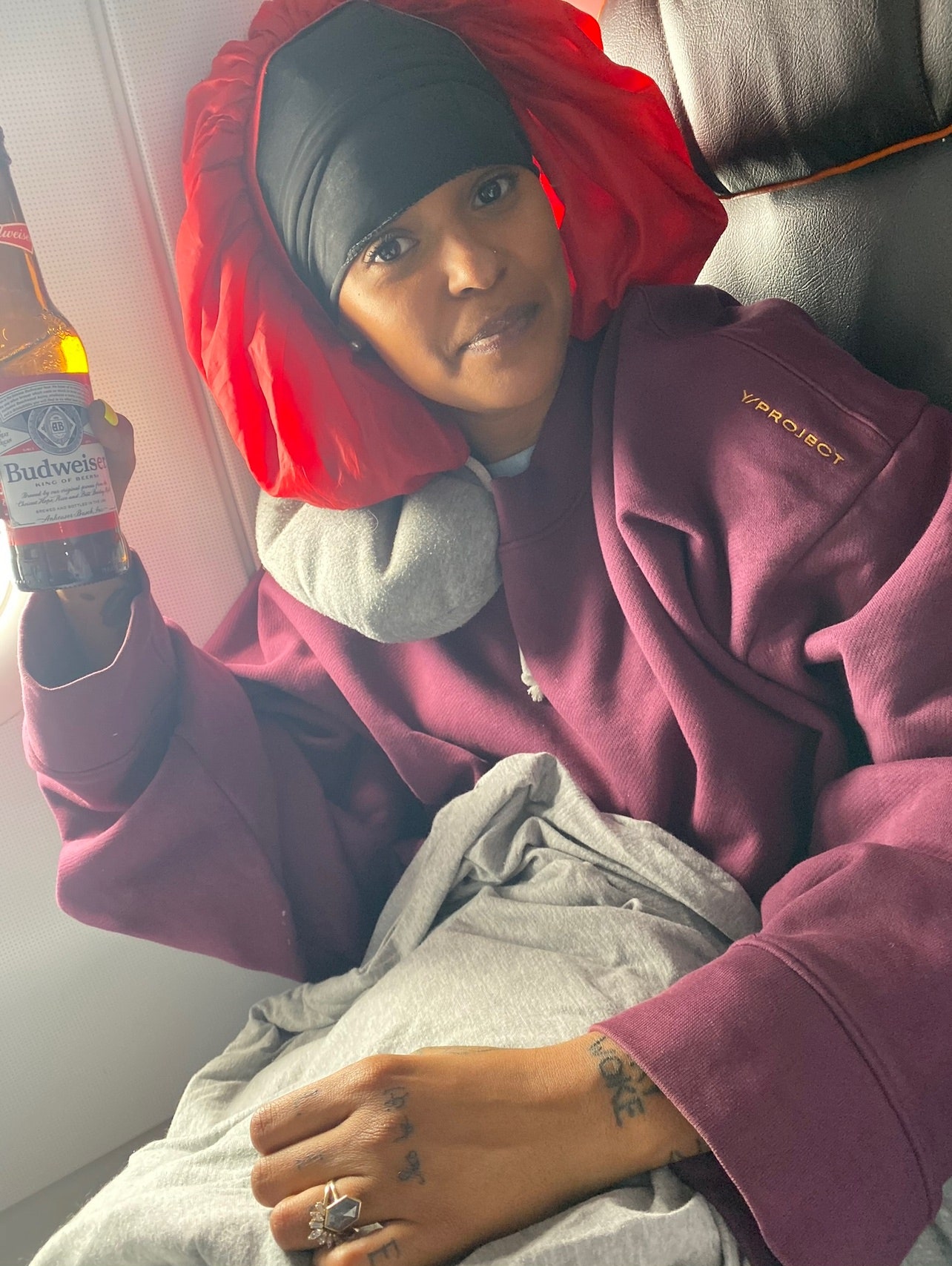 Black women shouldn't have to be "allowed" to do anything. At this juncture, we should be beyond reproach for the choices that we make in our lives. Hearing people pontificate on bonnets and policing Black women is actual insanity.

Wearing bonnets is such a tender, interconnected thing for a lot of Black women and femmes and no one deserves an explanation for it. Our hair is complex and beautiful. It takes love and attention — there are some days that all we have the capacity for is a bonnet! And let's be fucking clear, a bonnet is no different than a hat or a beret or a durag or a cute scarf. It is a protective head covering. Other people have assigned the bonnet to be an indoor, damn near shameful accessory, and Black women are supposed to bow to that assignment.

Black women should and must have the autonomy to show up in this world in whatever way they choose. If that means wearing a bonnet to the airport, dentist's office, or to pick up their babies, so be it. I wonder if people were this mad at the Black women who wore bonnets to vote when we saved Georgia's ass? I wonder if people care about women who work and serve the public in their bonnets? Or are people only interested in condemning Black women when we're occupying spaces of comfort and luxury? Or when we're in the public minding our beautiful, Black, bonnet-wearing business?

I think it's important for Black women to have the freedom to wear a bonnet in public because, why not? White women can show up to Zoom meetings sweaty with their hair in a bun after being on a Peloton for an hour. Yet, we're expected to walk in everyone else's idea of excellence.

I know plenty of women who wear bonnets outside of their home who are outstanding business people, activists, partners, parents, and educators. To negate that because these people don't like our hair protector? Literally, get the fuck out of here. This is respectability politics at its core and, I would be remiss if I didn't mention the privilege I have as a lighter-skinned Black woman, in wearing my bonnet outside. People might talk about me once I'm outside of their presence, but they certainly don't treat me the way I know some of my darker-skinned sisters get treated.

I see people posting pics at the airport or at the grocery store [of women wearing bonnets] without their consent and it's usually a dark, dark-skinned woman being talked about. Baby… I know colorism and misogynoir when I see it. All in all, leave Black femmes alone, we know what we're doing and we also know it's only a matter of time before a white person gets funding to create a "viral" bonnet collection or before we see bonnets in editorial stories. So until then, if you see us in Target, at the dog groomer, on a plane to the Amalfi coast, or on the train to Harlem in our bonnets, leave. Us. Alone. 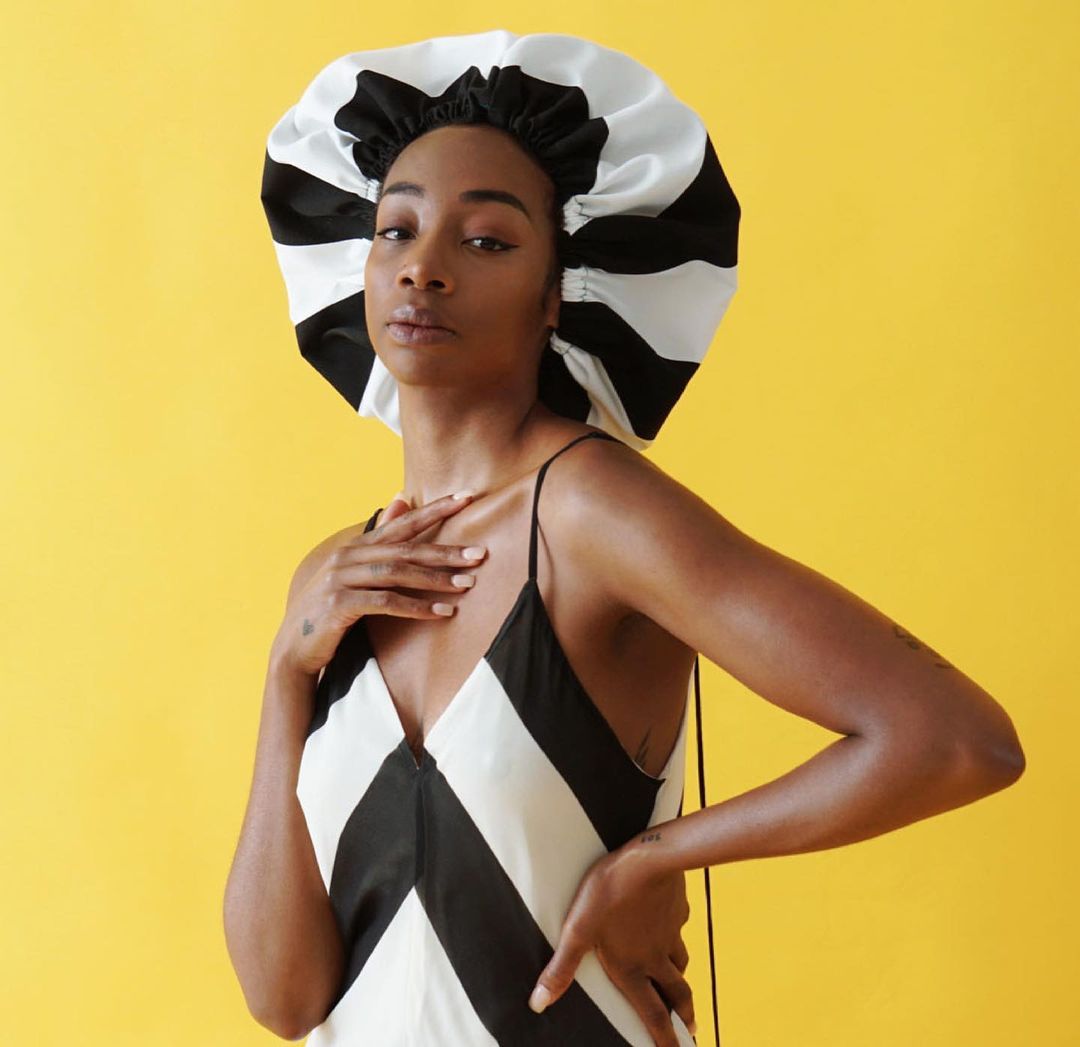 I personally believe Black women should be able to wear a bonnet in public because it is a way of protecting our hairstyles. Black women have historically created meticulous, beautiful styles to keep our hair strong and healthy, yet are ridiculed for it. There are times where we want to preserve that hard work. Or maybe we just haven't had time to do our hair because we live busy lives, be it as a single mother or an entrepreneur like myself. I believe that if durags, headwraps, bandanas, and other forms of head coverings have been accepted, then bonnets can as well. It's just a matter of a shift in mindset.

This is important to me because Black women are constantly scrutinized for every move we make. Wearing a head covering shouldn't be another thing judged so heavily. Additionally, I think it will break down stereotypes many Black people have with the image of a Black woman in a bonnet about the lifestyle she leads and where she lives. 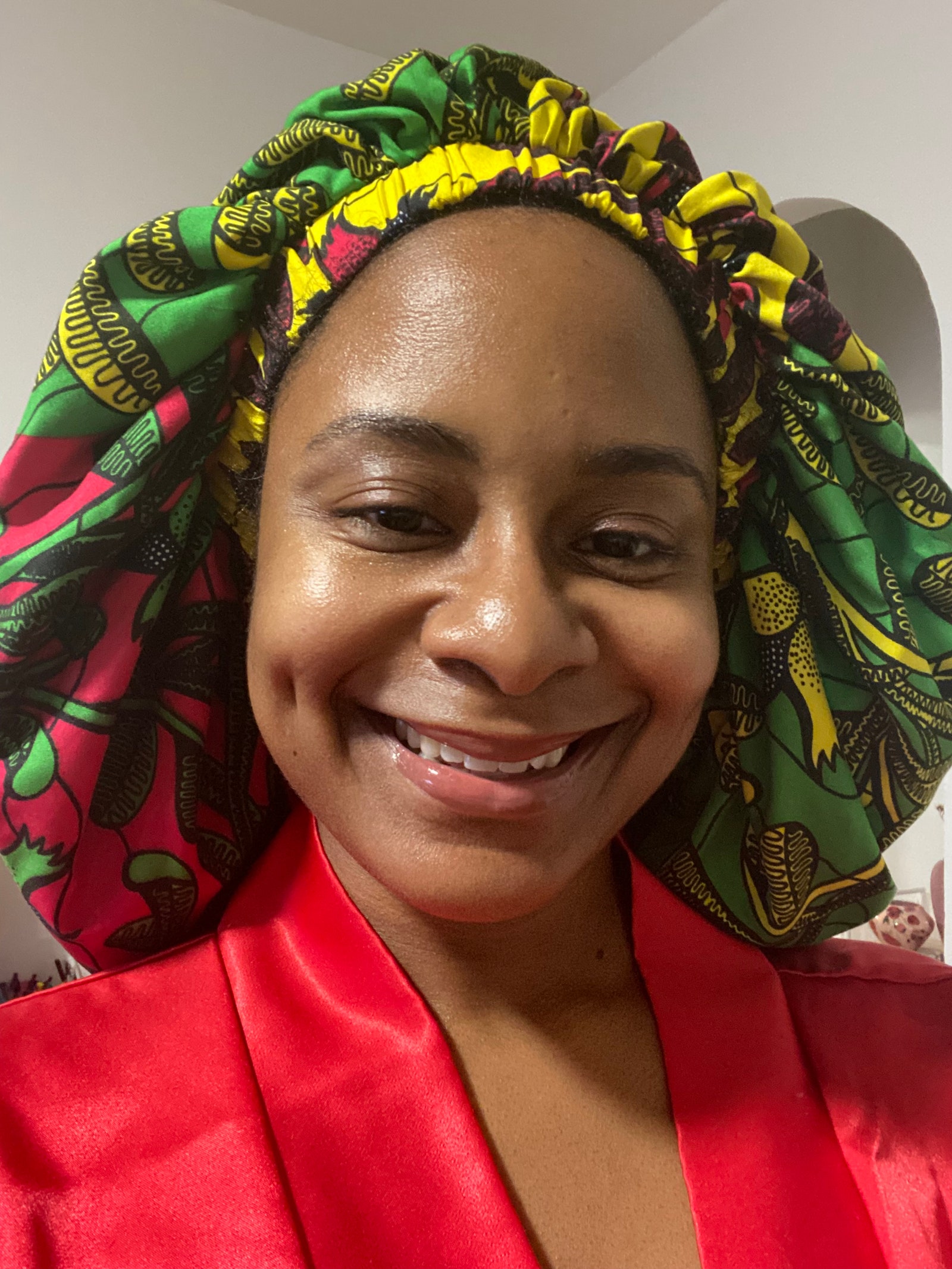 I wish folks would give this bonnet debate a rest. It is so confusing, especially when you consider that most of the discourse has been coming from other Black people. It's not even non-Black people who are criticizing Black women for wearing bonnets in public — it's just us counter-productively perpetuating these standards of respectability amongst our own.

The fact is, Black women need to wear bonnets to protect their hair. While I, personally, prefer a headwrap if I'm leaving my apartment, it truly does not offend me to see a bonnet at the bodega or in the grocery store. Frankly, I don't even notice. Black women are expected to be "on" all the time, with perfect makeup, hair, nails — everything. It's bizarre. It seems that only Black women's fashion decisions are ever scrutinized so harshly and presented as a moral failing: We don't love ourselves enough. We're not feminine enough. We don't value our appearance.

That couldn't be further from the truth. And in a country that pretty much invented wearing workout clothes outside of the gym, it is extremely rich that we are criticizing Black women for this particular thing. Really, what is the big deal? Bonnets are a part of Black hair care! Besides, if durags — the equivalent of a bonnet for men — can be considered fashionable, why can't its counterpart? What will it take? Kylie Jenner wearing one in public? That seemed to work for long acrylic nails and colorful wigs…

I think in many cases, actually, a bonnet can be really glamourous. I have a few in various colors and patterns, and I love to wear them with a flowy, printed robe. It makes me feel like I'm taking up space. Like a diva whose strands can only touch the smoothest of fabrics and must be delicately attended to. I wish more people could relate to that feeling. 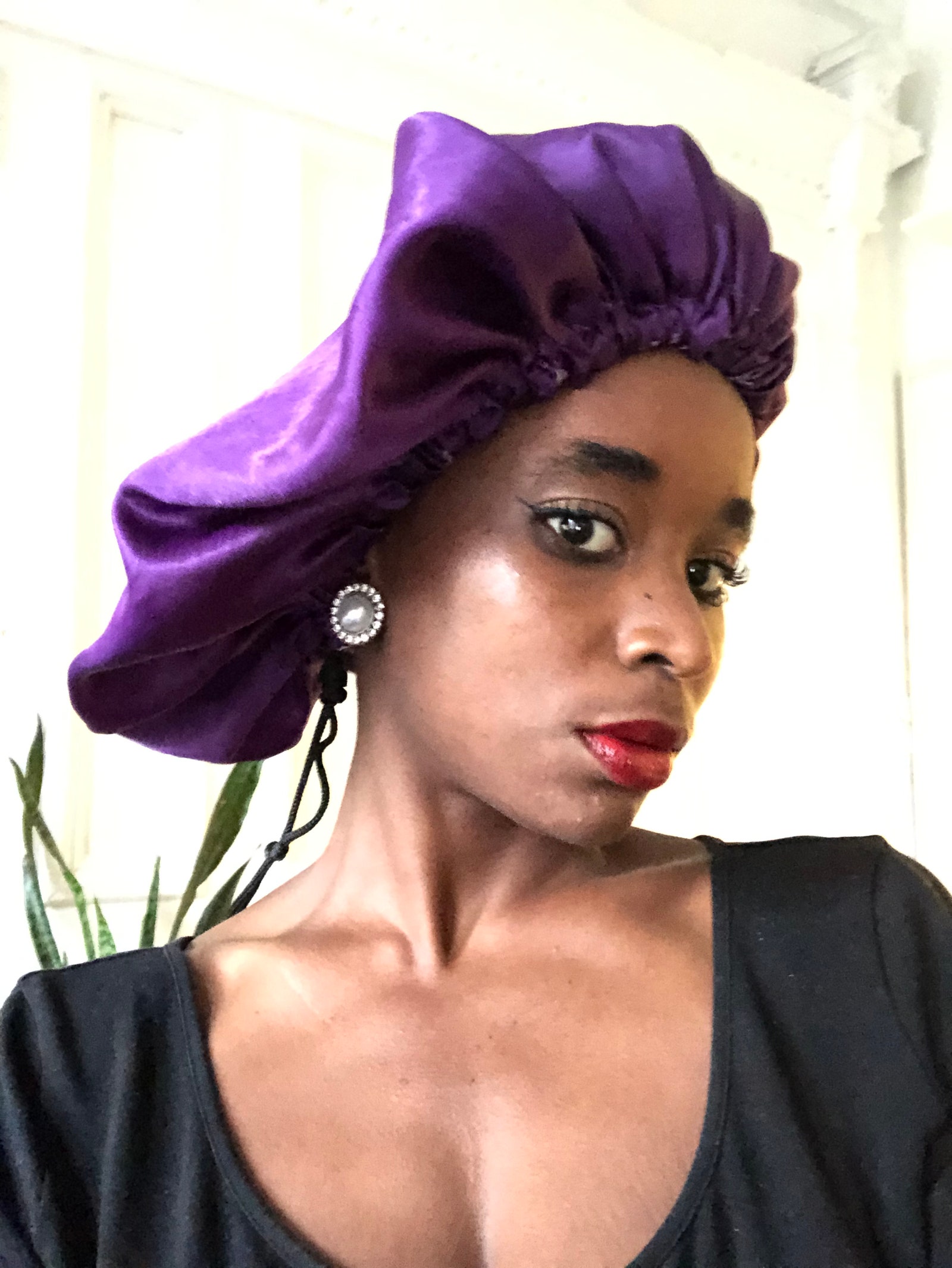 I grew up in a household where "sleeping pretty" was the ideal. That essentially meant contorting my neck or sleeping on my front (instead of my back), to avoid messing up my hair. Fast forward almost two decades, and this concept of causing discomfort to yourself for the sake of what's
"presentable" feels just as present as before. In my opinion, I feel it's important for Black women to be able to wear a bonnet in public without being criticized because I've never known a white person to be ridiculed for wearing their favorite snapback in public. What's the difference, truly?

The idea that it's shameful to wear a bonnet outside of the privacy of one's own home reeks with anti-Blackness and policing Black women. In this argument, I hear the echoes of the nit-picking and tearing apart that accompanies so many aspects of Black womanhood and Black beauty.

What's more, this discourse can extend into the most private and intimate of spaces. I can't tell you how many conversations I've had with Black women around whether or not they shed their bonnet while being intimate with their partner. Quite frankly, it's upsetting to me and my homegirl because, damn. If you can't wear your bonnet to bed and then to the bodega, where the hell can you go?

I made the TikTok walking in the mall wearing my bonnet because I was tired of the debate around respectability politics when it came to Mo'Nique's comment. While I am a fan of her comedy (I grew up on The Parkers), I was offended by her comments because I simply could not understand why a Black woman was trying to speak down on other Black women just because they were wearing something that was integral to the health of their hair. Mo'Nique's take, "when did we lose pride in representing ourselves," was rooted in a desire for white acceptance.  I do not, nor will I ever, subscribe to policing the looks of Black women for an antiquated gaze.

The notion that how you represent yourself can protect you from racial profiling is simply false. While I understand that adherence to respectability politics is a generational thing, as a Gen Z-er, I firmly believe that Black women deserve respect at all times, regardless of whether their hair is laid or in a bonnet. Black women deserve to show up in the world in whatever way we choose to and we deserve to feel comfortable in our own skin.

Being a Black woman feels like an act of resistance. Every single aspect of our identities is policed and it feels like we can never please people. To be completely honest, I don't think we need to please anyone. The personal choice to wear a bonnet in public is exactly that — a personal choice. The way we look and the perception of our looks should not influence the way we are treated. 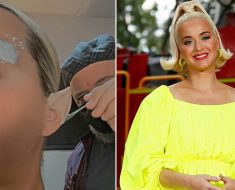 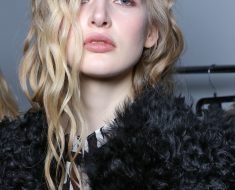 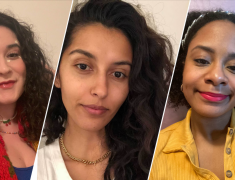 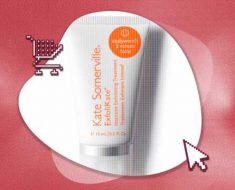