Home
Health News
Can we protect the brain from cosmic radiation?

This is the eve of sending astronauts to explore deep space, colonizing and terraforming other planets, and planning for space tourism.

But space travel comes with its own set of health risks.

One main threat comes from cosmic radiation, which can harm the central nervous system, altering cognitive function and leading to symptoms similar to those found in Alzheimer’s disease.

With their colonizing missions to Mars planned for as soon as the 2030s, NASA — as well as private companies interested in space travel concepts — have been looking into effective ways of protecting astronauts from the harms of radiation.

So far, researchers have focused mainly on how to enhance spacecrafts and protective outfits for outer space travelers to fend off this strong radiation.

Now, however, investigators from the University of California, San Francisco — led by Susanna Rosi — have started developing a treatment that might offset the neurodegeneration triggered by cosmic rays.

The results of their experiments, which they carried out on mouse models, are now published in the journal Scientific Reports.

Previous research conducted by Rosi and team found that, after mice were exposed to a level of radiation roughly equivalent to what human astronauts might encounter during an outer space mission, their capacity to differentiate between familiar and unfamiliar objects was impaired.

Usually, when mice are faced with two objects — one that is new and unknown to them and one that they formerly explored — they will spend more time familiarizing themselves with the new object.

However, the animals that had been exposed to radiation tended to spend an equal amount of time exploring both objects, which suggested to the researchers that the mice had forgotten they had already been exposed to one of the two.

Other symptoms that the mice presented included problems with social interactions and a sense of elevated anxiety. Rosi and team note that this was likely because of the effect the strong radiation had on the microglia, or nerve cells found in the brain and spinal chord that are part of the central nervous system’s immune mechanism.

When microglia are activated, they can cause symptoms — such as impaired memory recall — that are consistent with those of neurodegenerative disorders.

This is partly due to the fact that they are driven to destroy synapses, or the connections formed between brain cells that allow them to convey information.

“We are starting to have evidence that exposure to deep space radiation might affect brain function over the long-term, but as far as I know, no one had explored any possible countermeasures that might protect astronauts’ brains against this level of radiation exposure.”

In the new study, Rosi and colleagues collaborated with researchers from Loma Linda University in California to find a therapy that might counteract the effects of radiation on the brain.

They started with a similar experiment on mice, in which they were exposed to a dose of radiation similar to that which might affect a deep space traveler.

After a week, the mice were either given a regular, controlled diet for 15 days, or one that included treatment with an experimental compound called PLX5622.

The PLX5622 diet works by depleting microglia in the central nervous system. In past research, PLX5622 treatment had been shown to protect cognitive function in mice exposed to cranial irradiation as a form of cancer therapy. Rosi and team took their cue from these results.

The recent experiments also yielded encouraging outcomes. First, the scientists noticed that, although at first they presented no cognitive impairments, within 3 months from the initial irradiation, the control diet mice presented impaired novel object recognition.

However, the mice that had received PLX5622 therapy demonstrated no such damage to memory recall.

In comparing the brains of mice from each group, the researchers revealed that those from the control group featured many activated microglia and had lost numerous synapses, while those from the PLX5622 therapy group looked healthy.

Why is this? Rosi and team believe that by forcing the central nervous system to eliminate activated microglia, new, healthy nerve cells came to replace them, allowing the mice to maintain normal cognitive function.

“This is really neat evidence, first that rebooting the brain’s microglia can protect cognitive function following radiation exposure, and second that we don’t necessarily need to treat immediately following the radiation exposure for the drug to be effective,” Rosi explains.

However, the researchers are excited not just about this experimental therapy’s potential for space travelers. Drugs tapping into similar mechanisms as PLX5622 are already being tested in clinical trials for the treatment of cancer.

This means that such drugs might lend themselves well to a wider array of problems, including cognitive impairment in the wake of cancer treatment.

“But,” she adds, “astronauts are a small population — it’s exciting that these findings could potentially help prevent many other forms of cognitive impairment.”

Tags: brain, can, cosmic, from, protect, radiation, the, we
You may also like 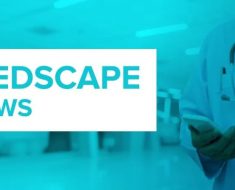 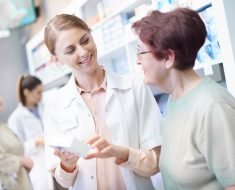 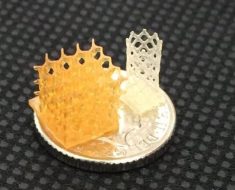 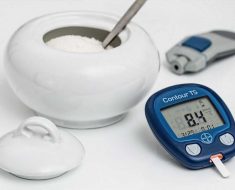 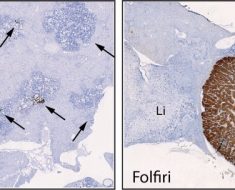