Home
Health News
Sleep paralysis: What is it, and how can you cope with it?

This terrifying and mysterious sleep disorder, or parasomnia, has been experienced by people possibly since the dawn of humankind.

And, it may have given rise to numerous ghost stories and mysterious accounts involving “things that go bump in the night.”

This most unsettling experience was first clearly documented in a medical treatise in the 17th century, by Dutch physician Isbrand Van Diembroeck, who wrote about the case of a woman “50 years of age, in good plight [health], strong,” yet who complained of mysterious experiences at night.

“[W]hen she was composing her self to sleep,” explains Van Diembroeck, “sometimes she believed the devil lay upon her and held her down, sometimes that she was [choked] by a great dog or thief lying upon her breast, so that she could hardly speak or [breathe], and when she endeavored to throw off the [burden], she was not able to stir her members.”

What the woman in Van Dimbroeck’s account likely experienced was a condition that has come to be known as “sleep paralysis.”

Researchers define it as “a common, generally benign, parasomnia characterized by brief episodes of inability to move or speak combined with waking consciousness.”

The reason why sleep paralysis is so scary is not just because you will suddenly become alert but realize that you are, in fact, unable to move a muscle or utter a sound, but also because this experience is often — as in the case above — accompanied by terrifying hallucinations.

These, as specialized literature has now ascertained, typically fall into three distinct categories:

Among the types of dreamlike hallucinations listed above, the first type — a sensed presence — is one of the most commonly experienced by people with sleep paralysis.

As for the time of sleep at which sleep paralysis — with or without hallucinations — normally takes place, again, there is no single answer.

According to a study that was published in the Journal of Sleep Research, sleep paralysis typically happens soon after falling asleep (or hypnagogic episodes), at some point during the course of sleep (or hypnomesic episodes), or a little before the person’s usual time of awakening (or hypnopompic episodes).

The authors of that study note that the most common instances of sleep paralysis are hypnomesic, and that they usually take place after 1–3 hours from falling asleep.

In fact, these visions and sensations can seem so realistic to many people that they may think that they are having a paranormal experience, or even being subjected to strange tests and rituals.

“Witness accounts” of such hallucinations can be truly unsettling, and a number of long-time experients — such as Louid Proud in his book Dark Intrusions — have offered detailed accounts of years of uncanny nightly encounters.

One person who told me about his nightmarish hallucinations said he felt as if “someone knelt on [his] chest so that it [felt] as if [he was] being choked out.”

Another person spoke of a night-time assailant that takes pleasure in tormenting her in myriad ways.

“When [sleep paralysis] strikes, I get both visual and auditory hallucinations, which most often involve a strange, shadowy man coming up my stairs and into my bedroom. Occasionally, he’ll prod or tickle me.”

Often, she told me, this sinister figure even “co-opts” her partner in his mischief.

“Sometimes,” she says, “I’ll even hallucinate my partner lying next to me and laughing maliciously at me, or siding with the shadowy figure in annoying me. This is very frustrating, since all I want him to do is help me!”

Given the intensity of these hallucinatory experiences, it may come as no surprise that researchers have repeatedly argued that hallucinations linked with sleep paralysis can be held responsible for many reports of magical events, sightings of ghouls and demons, and alien abductions.

Although usually people with sleep paralysis report experiencing terrifying hallucinations, a happy few actually point to a state of bliss that makes them look forward to these episodes.

A study that was conducted by James Allan Cheyne, from the University of Waterloo in Ontario, Canada, suggests that the people who most often describe experiencing positive feelings and sensations during an episode of sleep paralysis are those who are prone to vestibular-motor hallucinations.

“These hallucinations were found to involve feelings of floating and [out-of-body experiences], which are associated with feelings of bliss rather than fear.”

“In contrast to the other-oriented nature of the Intruder and Incubus hallucinations,” he adds, “these experiences are very much focused on the experient’s own person.”

A recent review of the available data, however, suggests that 7.6 percent of the population have experienced at least one episode throughout their lives.

That said, the numbers may be even higher.

What causes sleep paralysis, and what the main risks are for experiencing such an episode, remain largely mysterious.

Sleep paralysis is a common symptom of the neurological disorder “narcolepsy,” which is characterized by uncontrollable sleepiness throughout the waking day.

Recurrent isolated sleep paralysis often starts in adolescence, and around 28.3 percent of students apparently experience it.

Moreover, people with poor “sleep hygiene” — for instance, those who sleep too much or too little — may also be more likely to experience sleep paralysis. The authors of a systematic review published in Sleep Medicine Reviews note:

“Long self-reported sleep latency [how long it takes to fall asleep] (over 30 minutes) and difficulty initiating sleep were related to an increased likelihood of reporting sleep paralysis,” they add.

Are mental health issues to blame?

Given the frightening nature of the most of the hallucinations associated with sleep paralysis, many have wondered whether individuals experiencing mental health issues — such as depression or anxiety — are more susceptible to these experiences.

The results of existing research, however, are mixed. Some have argued that individuals who have experienced abuse in early life — whether or not they remember it — may be more exposed to sleep paralysis.

According to the study that was published in Sleep Medicine Reviews, “Levels of waking state dissociative experiences, involving depersonalisation, derealisation, and amnesia, were found to be related to both sleep paralysis frequency and the frequency/intensity of all three hallucination types.”

But links to other neurological and psychiatric disorders are more uncertain.

The authors of a study that was published in the journal Consciousness and Cognition note that previous research has tried to make a case that bipolar disorder, post-traumatic stress disorder, depression, panic disorder, and generalized anxiety disorder — to name but a few — may play a role in sleep paralysis.

However, they report that their analysis of the available data has revealed “no general relationship between [isolated sleep paralysis] and major psychopathology.”

Instead, they decided to focus on the most common “symptom” of sleep paralysis — that is, sensed presence hallucinations that induce a feeling of fear — and explained that there may be a link between it and what they call “passive social imagery.”

Passive social imagery refers to the experience of individuals who are prone to being more socially anxious, and to imagining themselves in embarrassing or distressing social situations as the passive victim on the receiving end of abuse.

These individuals, the researchers suggest, appear to be more at risk of experiencing distress due to sensed presence hallucinations.

What can you do to prevent it?

Prevention and coping strategies for sleep paralysis are, unfortunately, mostly anecdotal, but there are some methods that seem to have been repeatedly validated by many individuals who say that they — usually or often — work for them.

Finally, if you regularly experience sleep paralysis with “sensed presence” and you think that this may be related to other experiences of anxiety in your day-to-day life, then it may be worth considering cognitive behavioral therapy.

According to the authors of the Consciousness and Cognition study, there is a distinct “possibility that frightening [isolated sleep paralysis] sensed presence experiences […] may contribute to maintenance of an individual’s negative social imagery biases.”

If that is the case, they argue, “cognitive behavioral treatment of [these] experiences could help to alleviate the more general social imagery dysfunction,” which may improve the overall situation.

We picked linked items based on the quality of products, and list the pros and cons of each to help you determine which will work best for you. We partner with some of the companies that sell these products, which means Healthline UK and our partners may receive a portion of revenues if you make a purchase using a link(s) above. 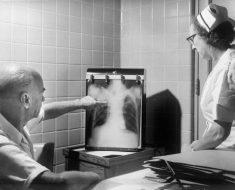 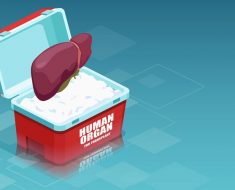 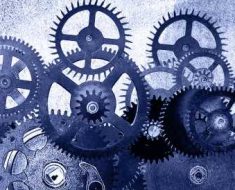