It's been more than a year since the pandemic hit the United States, and we're all wondering: When will we be able to go out without masks on? Thanks to the rollout of two vaccines given Emergency Use Authorization (EUA) by the FDA, that were shown in clinical trials to prevent be 95 percent effective in preventing COVID-19, we're getting closer. Anthony Fauci, the director of the National Institute of Allergy and Infectious Diseases, recently estimated in a December interview that we could reach some level of normalcy before by the end of summer or early fall — but there are a lot of caveats.

Recently, new, more transmissible variants of SARS-CoV-2 have started to spread around the world, including in the U.S. According to preliminary research, the current vaccines seem effective — although maybe not as effective — against some of these mutations, but that could change as the virus continues to mutate. All the experts we spoke to for this piece agreed that how soon we can ditch masks ultimately depends on when we achieve herd immunity, which means a large enough proportion of the population would have antibodies, ultimately causing the virus to stop spreading.

"If we could get everybody vaccinated quickly things would return to normal pretty quickly," says Paul Drain, an infectious disease physician and associate professor of epidemiology and infectious diseases at the University of Washington. "It's really just a matter of how quickly we can get the vaccine out to people and get the vaccine out to enough people. If we don't reach 70 percent, then it’s going to take a really long time."

According to Katelyn Jetelina, an epidemiologist with UTHealth School of Public Health in Dallas, when we stop wearing masks all the time hinges on when we reach herd immunity, which occurs where the virus runs out of suitable hosts and stops spreading because enough people have antibodies through infection or, ideally, vaccination.

"Masks are needed even if you have antibodies from infection or vaccination to ensure you don’t keep transmitting it."

Jetelina says at first, there was a general consensus that Americans needed to reach 70 percent immunity to COVID-19 before we could start being a little more lenient about social gatherings But the new variants of the virus could increase that threshold. "Now that the new variants are around, we hypothesize that this number will need to increase, we just don't know by how much," she says. "I've seen as high as 90 percent."

In short, yes. While it's clear that both vaccination and antibodies after infection cause some degree of immunity, Jetelina says experts aren't sure about some details, like how long a person is immune after being sick with COVID-19 and whether or not asymptomatic spread can occur after vaccination or infection. That's why people who receive the vaccine, as well as those who have recently recovered from COVID-19, should continue wearing PPE and other usual hygienic precautions to prevent spreading the disease. "Masks are needed even if you have antibodies from infection or vaccination to ensure you don’t keep transmitting it," says Jetelina.

The vaccine rollout plays a role in achieving herd immunity, but the new variants may throw a wrench into the process. Jetelina says that we're currently racing against the spread of the variants; while the current vaccines appear to still work against them, she worries that it may mutate and render it ineffective. For example, according to Jeffrey J. Pothof, UW Health's chief quality officer and emergency room physician with UWHealth in Madison, Wisconsin, the Brazil variant has changed in structure that make it "look like it can escape detection by our immune system." If the vaccine proves ineffective, he says it's possible manufacturers would have to develop a booster shot to address the new variants.

How many people get the vaccine is probably the most important factor in beating the clock. Part of that hinges, Drain says, on making the vaccine available to more people. Right now, there simply aren't enough vaccines available to protect everyone eligible. For example, earlier this month, California local ABC affiliate WABC-7 reported that the CEO of Kaiser Health in California said in a recent email to patients that it would take four years to vaccinate everyone in the state at the current supply rate. "If we continue to struggle with vaccine distribution, that timeline just starts to extend, which just gives the virus more time to mutate," Pothof says.

Pothof says it's also important to take into account who can take the vaccine, as currently, the FDA's EUA for the Pfizer vaccine mandates it be distributed to those who are 16 years and older, while Moderna is EUA'ed for those 18 and over; both are presently conducting trials on those 12 and older.

If the mutations beat out the current vaccines, we’d have to deal with masks and physical distancing precautions for a lot longer. "We all could be stuck with masks for another year or more if mutant strains escape the immune response someone had from infection with COVID-19 or a vaccination," says Davidson H. Hamer, an infectious diseases physician at Boston Medical Center and a professor of global health and medicine at Boston University School of Medicine.

"Certainly every adult should be vaccinated, and I hope our public health response is to educate people on the value of the vaccine."

The best thing you can do to ensure life gets back to normal sooner rather than later is to continue all your normal precautions until we reach herd immunity. Jetelina tells Allure that to slow disease transmission, it's important to wear a well-fitted mask with layers — or double mask or consider upgrading to a higher grade mask like a KN95 — every time you’re in public, even if you've been vaccinated or recently recovered from COVID-19.

And, if you're medically able, Drain suggests you get the vaccine as soon as it’s available to you — you may have to keep tabs on when it's your turn, and whether or how you get notified varies on where you live. "Certainly every adult should be vaccinated, and I hope our public health response is to educate people on the value of the vaccine," he says.

Herd immunity is the first step in returning to pre-pandemic life. But even when the majority of Americans have antibodies to COVID-19, masks probably won't disappear altogether. As life begins to look normal again, Drain predicts we’ll probably still wear masks as a courtesy from time to time. "It will be part of our culture now to wear a mask if you aren't feeling well so you prevent transmitting illnesses to other people," he says. "But we hope the general population doesn't have to continue wearing a mask in public."

Hamer estimates if things go as planned, COVID-19 cases might decrease by late spring or summer. Vaccinations will be continuing to roll out, and hopefully, we'll be working slowly but surely toward herd immunity.

But even at that point, Hamer says you may still need to wear a mask in public. Since not everyone in the population will be immune, it’s important to continue protecting them. "We shouldn't be telling people to throw away their masks," Hamer says. "We might be able to put them in a box in the closet, but we might need to pull it out again sooner rather than later." 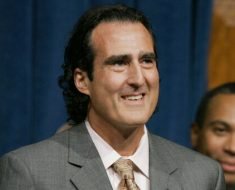 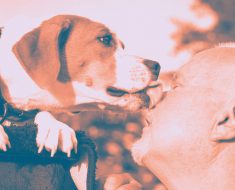 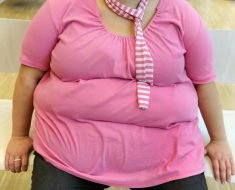 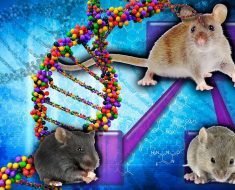 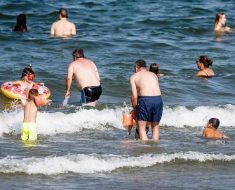